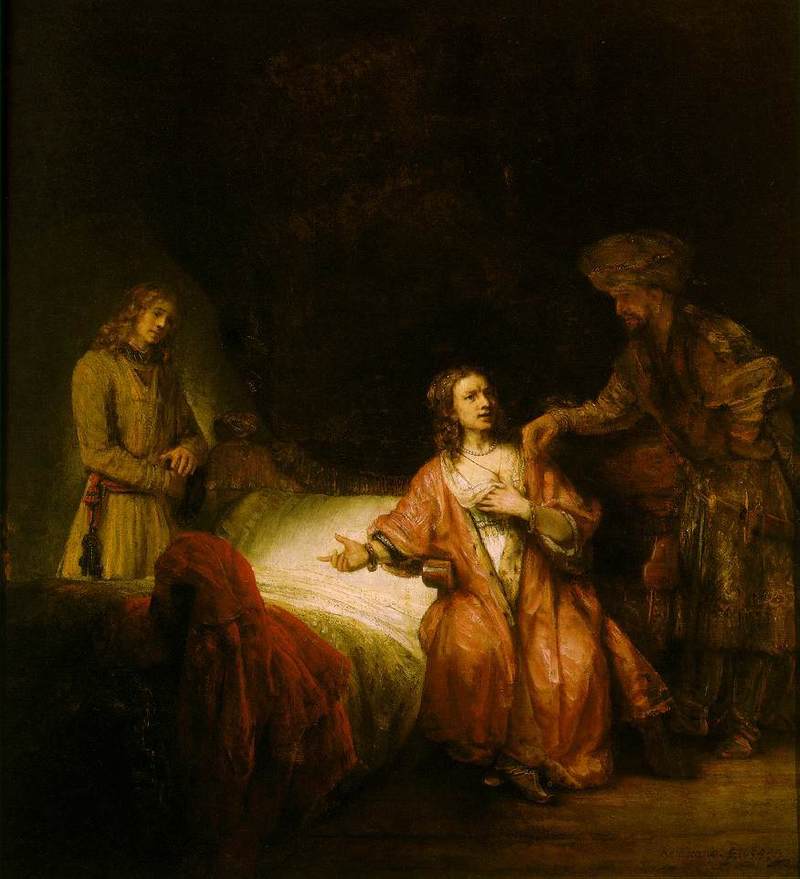 From our present day tragedies and trials, we jump back in time, into the lens of scripture, back to the book of Genesis chapter 39…to listen and learn relying on the Spirit of God to reveal Himself to us.

This week we move to phase 2 of Joseph’s Four Forming Tragedies, which I've called CONFINED.
We will see that Joseph’s impeccable character, his faithful service, his words that speak the truth, are no match for the relational power of one who has the favor of authority.
Joseph’s voice as a slave in Potiphar’s house didn’t matter, and it cost him his freedom.

39 Now Joseph had been taken down to Egypt. Potiphar, an Egyptian who was one of Pharaoh’s officials, the captain of the guard, bought him from the Ishmaelites who had taken him there.

2 The Lord was with Joseph so that he prospered, and he lived in the house of his Egyptian master. 3 When his master saw that the Lord was with him and that the Lord gave him success in everything he did, 4 Joseph found favor in his eyes and became his attendant. Potiphar put him in charge of his household, and he entrusted to his care everything he owned. 5 From the time he put him in charge of his household and of all that he owned, the Lord blessed the household of the Egyptian because of Joseph. The blessing of the Lord was on everything Potiphar had, both in the house and in the field. 6 So Potiphar left everything he had in Joseph’s care; with Joseph in charge, he did not concern himself with anything except the food he ate.

Now Joseph was well-built and handsome, 7 and after a while his master’s wife took notice of Joseph and said, “Come to bed with me!”

8 But he refused. “With me in charge,” he told her, “my master does not concern himself with anything in the house; everything he owns he has entrusted to my care. 9 No one is greater in this house than I am. My master has withheld nothing from me except you, because you are his wife. How then could I do such a wicked thing and sin against God?” 10 And though she spoke to Joseph day after day, he refused to go to bed with her or even be with her.

11 One day he went into the house to attend to his duties, and none of the household servants was inside. 12 She caught him by his cloak and said, “Come to bed with me!” But he left his cloak in her hand and ran out of the house.

13 When she saw that he had left his cloak in her hand and had run out of the house, 14 she called her household servants. “Look,” she said to them, “this Hebrew has been brought to us to make sport of us! He came in here to sleep with me, but I screamed. 15 When he heard me scream for help, he left his cloak beside me and ran out of the house.”

16 She kept his cloak beside her until his master came home. 17 Then she told him this story: “That Hebrew slave you brought us came to me to make sport of me. 18 But as soon as I screamed for help, he left his cloak beside me and ran out of the house.”

19 When his master heard the story his wife told him, saying, “This is how your slave treated me,” he burned with anger. 20 Joseph’s master took him and put him in prison, the place where the king’s prisoners were confined.

But while Joseph was there in the prison, 21 the Lord was with him; he showed him kindness and granted him favor in the eyes of the prison warden. 22 So the warden put Joseph in charge of all those held in the prison, and he was made responsible for all that was done there. 23 The warden paid no attention to anything under Joseph’s care, because the Lord was with Joseph and gave him success in whatever he did.

Merciful God, You see deep into our hearts and know us better than we know ourselves. Forgive us we pray. For the times we turn away from Your word, remind us that You are the Lord our God, our eternal protector and guide. For our impulses of anger and jealousy, scorn or spite, grant us Your healing peace. For our resistance to forgiveness, generosity and mercy, inspire us with Your compassionate love. Amen.

1. We can use Joseph's faithfulness as a mirror to ask ourselves, how are we doing with the temptations that thrust themselves in our face, that clutch at our clothes?

1 Timothy 6:11 "...run from all these evil things. Pursue righteousness and a godly life, along with faith, love, perseverance, and gentleness.“

2.  Joseph’s refusal to ‘go along’ was also a resistance to the abuses of power in the society he was a part of.  How have we been active or passive participants in the tactics of the powerful against the powerless?  What have we done or are we doing to understand and work against systemic oppression in our society?

3. Wherever we find ourselves, at the top of a mountain, or in the bottom of the darkest valley, the Lord is with us.  If this season of life has been especially hard for you, where have you noticed that the Lord is yet with you?