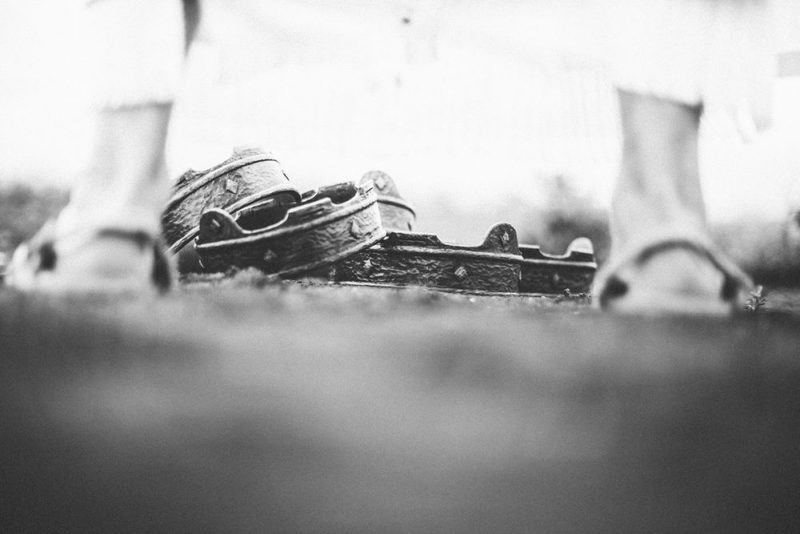 When the way is difficult and dangerous,
let us still choose what is good and just.

When evil comes to break us down and break us apart,
let us still choose to carry on with each other.

When power from on high strikes fear in our hearts,
let us still choose the courage to persist.

For we know that the love and power of God, which abides in us, will not be overcome.

Introduction (the leader can read this):

Big Idea: God chooses to use people who have a heart that trusts in Him.
What power do you have?
None you quickly say, for you are not a politician, not a wealthy business owner, and don’t have millions of internet followers.  But, is that the extent of what having power means? Is power not also the power to hold someone else in hatred because they have wronged you? Is it not power to raise up a child in the way they should go? Is it not power to have the time, talents, and financial means to support worthy causes that make a difference in the world? Perhaps you have the power to speak up against authority and power that is hurting others? Isn’t it a form of power to choose to either withhold your affection, love, and attention from those who are in need of it or to give it freely? No matter the roles you have, or the situation you are in; you likely do have power, some of it obvious, some of it less so.

Discussion Time #1:  Turn to your neighbour and try to list some of the ways you have power in your life.  Take 3 minutes to do this.

Trusting that you were able to find at least a couple of ways that you hold power, the relevant question for us this morning is: How are you using the power that you have?

When scripture speaks of power it often uses dramatic examples, such as how a King uses and abuses power to serve his own ends rather than obeying God’s will.  Dramatic examples serve us well, amplifying the key teaching principles that we are meant to apply to our own situations.  Using the nation of Israel’s first three Kings, King Saul, King David, and King Absalom, we will ask questions about how we use power in our lives, look at the danger in wielding power selfishly, and have the opportunity to once again lay our earthly crowns at the feet of Jesus.

This is the backdrop for the passages of scripture we are going to read and discuss this morning.  Super Quick Scriptural Storyline Overview: Saul is Israel’s first ever human King, but his unwillingness to follow God’s instructions (lack of surrender) forces God to replace him.

God instead chooses David as king because his heart follows after God.

Saul grasps at holding power and tries to kill David, further rejecting God’s will. By contrast, David does not grab at power and take by force what God has given him.  Instead, David chooses to flee and allow God to do things in His timing, further revealing David’s heart of obedience and surrender to God’s will and way.

8 Saul waited seven days, the time set by Samuel, but Samuel did not come to Gilgal. And the people were leaving him. 9 So Saul said, “Bring me the burnt gift and the peace gifts.” And he gave the burnt gift to the Lord. 10 As soon as he finished giving the burnt gift, Samuel came. Saul went out to meet him and say hello. 11 But Samuel said, “What have you done?” Saul said, “I saw that the people were leaving me. You did not come when you said you would. And the Philistines were gathering at Michmash. 12 So I said, ‘Now the Philistines will come down upon me at Gilgal, and I have not asked for the Lord’s favor.’ So I made myself give the burnt gift.” 13 Samuel said to Saul, “You have done a foolish act. You have not kept the Law that the Lord your God gave you. For now the Lord would have made your rule over Israel last forever. 14 But now your rule will not last. The Lord has found a man who is pleasing to him in every way. He has chosen him to rule over his people, because you have not obeyed the Lord.”

Because you have rejected the Lord’s orders, he has rejected you from being king.” 24 Then Saul said to Samuel, “I have sinned, for I have disobeyed what the Lord commanded and your words as well. For I was afraid of the army, and I obeyed their voice. 25 Now please forgive my sin. Go back with me so I can worship the Lord.” 26 Samuel said to Saul, “I will not go back with you, for you have rejected the Lord’s orders, and the Lord has rejected you from being king over Israel!”

Questions for Breakout Groups (2 or 3 people per group) (3 minutes):

1.     Why did God decide to remove Saul, the first King of Israel, from power?

2.     What does this teach us about God and what he views as important in our use of power?

Second Readings – The King throws Spears
Now that Saul is watching and waiting for God’s promise to remove him from power, he begins to lose his grip and abuse his power even more!

As they danced, they sang: “Saul has slain his thousands,     and David his tens of thousands.” 8 Saul was very angry; this refrain displeased him greatly. “They have credited David with tens of thousands,” he thought, “but me with only thousands. What more can he get but the kingdom?” 9 And from that time on Saul kept a close eye on David. 10 The next day an evil spirit from God came forcefully on Saul. He was prophesying in his house, while David was playing the lyre, as he usually did. Saul had a spear in his hand 11 and he hurled it, saying to himself, “I’ll pin David to the wall.” But David eluded him twice. 12 Saul was afraid of David, because the Lord was with David but had departed from Saul. 13 So he sent David away from him and gave him command over a thousand men, and David led the troops in their campaigns. 14 In everything he did he had great success, because the Lord was with him. 15 When Saul saw how successful he was, he was afraid of him. 16 But all Israel and Judah loved David, because he led them in their campaigns.

31 As long as the son of Jesse lives on this earth, neither you nor your kingdom will be established. Now send someone to bring him to me, for he must die!” 32 “Why should he be put to death? What has he done?” Jonathan asked his father. 33 But Saul hurled his spear at him to kill him. Then Jonathan knew that his father intended to kill David. 34 Jonathan got up from the table in fierce anger; on that second day of the feast he did not eat, because he was grieved at his father’s shameful treatment of David.

1.     What is the significance of Saul throwing spears at David & his own Son Jonathan?

2.     Bring this example into modern day times…When we are talking about power, holding on to power, and having our power threatened, what kind of actions today might be similar to throwing spears? (eg. Starting rumors, stealing others ideas, gossiping to keep someone else down, not letting someone speak for themselves [silencing])

Readings: David is Different Reading from “A Tale of Three Kings” by Gene Edwards.

David had a question: What do you do when someone throws a spear at you?

He did not throw Saul’s spears back at him.  Nor did he make any spears of his own and throw them.  Something was different about David.

All he did was dodge.

How does one know when it is finally time to leave the Lord’s anointed – especially the King? David never made that decision.  The Lord’s anointed made it for him.  The king’s own decree settled the matter! “Hunt him down, kill him like a dog.”

Only then did David leave.  No, he fled.  Even then, he never spoke a word or lifted a hand against Saul.  Please also note this: David did not split the kingdom when he made his departure.  He did not take part of the population with him.

He left alone. Alone.  All alone.

David demonstrates that he is a different kind of person from Saul.  David is one who allows God’s ways and will to lead him no matter the personal cost.

8 Then David went out of the cave and called out to Saul, “My lord the king!” When Saul looked behind him, David bowed down and prostrated himself with his face to the ground. 9 He said to Saul, “Why do you listen when men say, ‘David is bent on harming you’? 10 This day you have seen with your own eyes how the Lord delivered you into my hands in the cave. Some urged me to kill you, but I spared you; I said, ‘I will not lay my hand on my lord, because he is the Lord’s anointed.’ 11 See, my father, look at this piece of your robe in my hand! I cut off the corner of your robe but did not kill you. See that there is nothing in my hand to indicate that I am guilty of wrongdoing or rebellion. I have not wronged you, but you are hunting me down to take my life. 12 May the Lord judge between you and me. And may the Lord avenge the wrongs you have done to me, but my hand will not touch you. 13 As the old saying goes, ‘From evildoers come evil deeds,’ so my hand will not touch you.

1.     What makes David different from Saul when it comes to his views on power?

2.     Imagine that there is a little bit of King Saul within all of us, when do you feel most likely to ‘throw a spear’?

3.     Also, when have you been more like David and refused to play the power game?

Wrap up Comments from Leader

Closing Blessing (leader, or choose someone to lead this prayer):